Six Impossible Things by Fiona Wood
Reviewed by Maggie: March 15, 2013
Originally reviewed on August 19, 2011
Published August 1, 2010 by Pan Macmillan Australia
Goodreads • Buy at Fishpond • To be published in US


I first read Six Impossible Things in August of 2011 after seeing Cath Crowley's review. When one of my favorite authors loves a book, I seek out said book. I'll stop at nothing, including 3 international calls to Australia, a PayPal Australia account, and begging. It all worked out in the end because I adored this book. This past Christmas, it was the book I chose to give out to members of my book club. 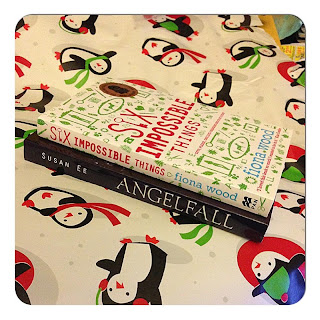 I am so thrilled it will be published in the United States later this year, and that more people will be able to read it -- without international begging even! I reviewed it on goodreads in 2011 and I'm reposting it here. He’s also dealing with:
1. His parents’ divorce
2. ...on account of his father being gay.
3. Having to move and start a new school
4. ...because dad lost their savings.
5. Trying to shed his loser image and impress the girl next door
6. ...as he ends up answering to ‘dickhead’ in front of her on the first day of school.

Needless to say, things aren’t going well. After moving into his deceased aunt's house, the person he talks to the most is Howard, the judgmental poodle who came with the house.

Still, he has a list of six things, six seemingly impossible things, that he revisits and uses as a reference point to get through each day. For example, in order to cheer up his mom (#3 on the list), he confronts the school bully, Jayzo, about crank calling his house/mom's business. 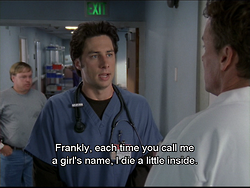 Yeah, it doesn't work for Dan either.

Even as I cringed for him, I just wanted to give Dan a hug. I was cheering for him the whole way through and hoping that he'd end up taking the girl to the dance at the end. 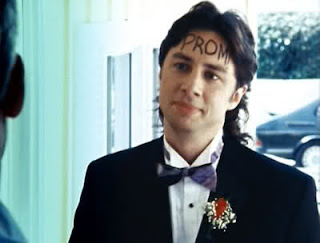 This was so witty and heartwarming. I would be surprised that this is a debut novel except that the author is Australian. I appreciated how she tackled social issues such as homophobia without being heavy-handed or having her character rant on and on. Dan is also prone to typical 14-year-old petulance, but I loved his character's development. There was such a sweetness to how he liked Estelle. 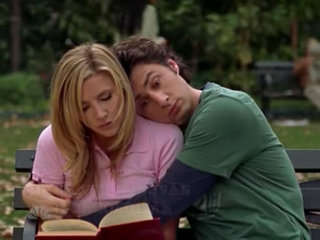 This book took me some effort to get (Don't even get me started on Paypal vs Paypal Australia!), but it's definitely worth it. Dear Dan, Love you big time!