In life, there are just some things that make you say, I CAN'T EVEN. I can't even can be used for both good and evil. For example, Tom Hardy and a puppy? I CAN'T EVEN good. Joe Manganiello trying to emote? I CAN'T EVEN bad. Sometimes something is so I CAN'T EVEN bad it's good, and sometimes it can be a little bit of both.

Case in point: There are some books we love, but that doesn't mean they don't contain an element of I can't even.

Maggie: There's a reason why I didn't read Harry Potter until two years ago. Cho Chang. I CAN'T EVEN. The first time I heard her name, I remember thinking, Was Ching Chong too obvious, JK?? I steadfastly refused to read the books and only went to the first movie because my friend paid for my ticket. And then I fell asleep in the theater. It wasn't until Noelle wore me down with her book pressure over months and months that I decided to give Sorcerer's Stone a try. Yeah, I ended up mainlining them in a row and talking like I lived at Hogwarts for a month. However, whenever I see that name... It's not even a valid name. They are two last names! Two Korean last names! Okay, Chang can be both Korean and Chinese but still. I can't with that name.

Noelle:  At this point I feel like I'm picking on a clearly repentant Gayle Forman, but I CAN'T EVEN with Adam's band name in Where She Went.  Adam, charming, irresistible, pluck-you-like-the-stringed-instrument-of-your-choice Adam forms a band that is supposedly the game changing accolade acquiring Grammy winning heir to Nirvana and calls it....Shooting Star? Shooting Star?!!? Reader, there isn't a record scratch sound effect loud enough. 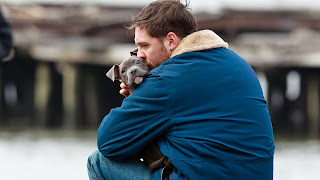 Maggie: I can't even with... sweatpants. Specifically, sweatpants no shirt. Before you judge, I would like to refer to Exhibit A: The Beast Lord of Atlanta. What can Curran be found in when not in his warrior form? ...Sweatpants. Exhibit B: Rites of Spring (Break), Chapter 14. "[Redacted] was dressed in a pair of sweatpants and nothing else." I'll let the turning point speak for itself. There is an art to wearing the sweatpant -- if you're hot, boom, art. And a million I can't evens. Followed by please and thank you.

Noelle: I thought long and hard about this one and thought of my well documented love for Buddy Cops of Convenience and basically the Ruby Oliver series as a whole but settled on a more broad choice.  You know when you're reading a book and then all of a sudden the author writes something that resonates so personally it sends you into a what-the-hell-were-you-there?! flashback? Yeah, I CAN'T EVEN.  Whether it is the thrill of a note in your locker, the gut punch of seeing your ex in a new relationship, seeing your parent from a new perspective, the power of a mixtape or you know, just about anything Melina Marchetta writes...the feeling is just THE best.   I think that kind of connection is what makes YA so powerful.  And so, well, I CAN'T EVEN.

What makes you say I CAN'T EVEN these days?
Posted by YA Anonymous at 12:34 PM